When you go out for tapas in Malaga, how do you know what everything is? How can you order when you don’t know what the names are? We want you to order like a pro by knowing the most traditional tapas in Malaga.?

Tapas are a world known dish, or way of serving food in Spain. These small portions of food were originally served with an alcoholic beverage, and were meant to put some solids in your stomach so you could drink more alcohol.

People say they are called tapas (lids) because a long, long time ago, a customer was complaining to his bartender that there were so many flies in the bar that they were drinking his beer. The bartender served him his little portion of food and put it on top of his drink as a lid, and told him it was to avoid the flies to keep drinking his beverage.

Nowadays, modern cuisine has made tapas evolve in both presentation and ingredients. There are, nevertheless, some traditional tapas that are served all over Spain that are worth knowing, so you know what to order when you go to a tapas bar.

We’ll skip the paella and Spanish tortilla as they are dishes you have probably heard of. 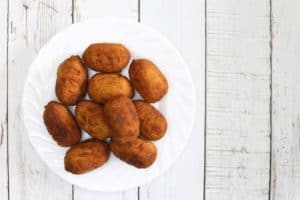 The croquetas are little breaded, deep-fried fingers. They are made with b?chamel sauce mixed with cured ham, chicken, fish or?puchero which is the mixed meat (hen, beef, pork and ham bone) of a Spanish stew. The b?chamel and meat mixture is shaped, covered in eggs, breaded and fried. It should be crunchy on the outside and creamy on the inside. 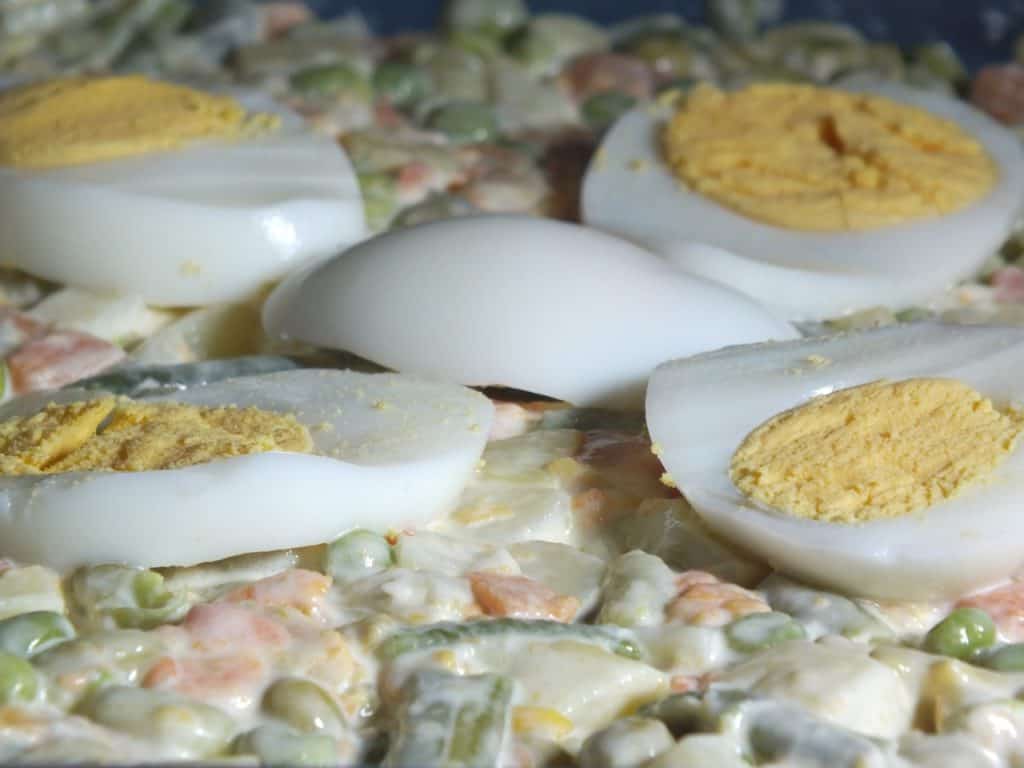 The ensaladilla is a cold tapa, a salad made with diced potatoes, mayonnaise, green peas, carrots, tuna and hardboiled eggs. The ingredients can vary from place to place, but the potatoes, tuna and mayonnaise are always present. A rich, creamy salad that is usually accompanied by bread or picos (small breadsticks).

Adobo is a marinated fish. Usually made with diced monkfish, it is marinated with vinegar and spices for 8 to 12 hours, then floured and deep fried. The consistency is very soft and the fish is very juicy. The adobo pairs very well with a cold beer. 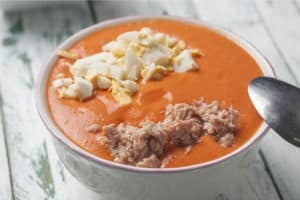 The porra is the malagan version of the salmorejo from Cordoba. It is a tomato cream that is served cold. Made with tomatoes, extra virgin olive oil, garlic, and bread. It is topped with finely chopped hard-boiled egg and cured ham or tuna. There is also a version of the porra called Ajoblanco, which is truly a local Malaga dish. While the porra is served in all Andalusia with different names, the Ajoblanco is made with almonds (very abundant in Malaga). The cream is made with lots of garlic, bread, olive oil, vinegar and the almonds. This delicious cream/soup is very satisfying, fresh and… garlicky. If you try it, make sure to have a mint afterwards! 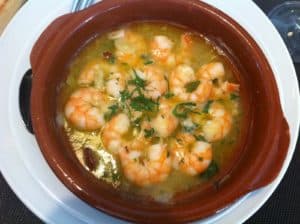 This dish doesn’t have that much mystery once you know what pil-pil sauce is. It is an emulsion of olive oil with garlic and hot paprika. The oil-pil shrimp are served covered in this spicy hot sauce, so once you eat them, make sure to dip your bread in the delicious sauce. It’s the best part. 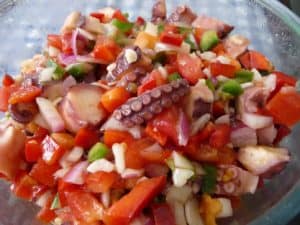 The pipirrana is another fresh potato salad. Made with bell peppers, diced potatoes, onions, tomatoes and seafood. The latter can vary, but usually has shrimp, octopus and tuna. The ingredients are dressed with extra virgin olive oil, vinegar, kosher salt and black pepper. 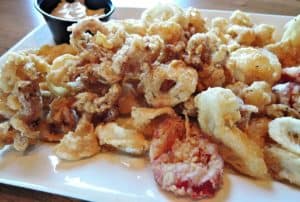 Of course, aside these tapas, you can’t leave Malaga without having an espeto (sworded sardines) at a seafront restaurant or having churros with chocolate for breakfast.

Like we said at the beginning, there are as many tapas as imagination lets us, but these are the most traditional ones. They are served in most – if not all- restaurants and bars of the city and the province. Other dishes are more self-descriptive and were hence not included, but doesn’t make them less interesting or delicious. We also recommend you have a good paella and Spanish tortilla with onions and bell peppers (my favourite).

We’re sure you won’t starve during your visit in the city, but there is a huge difference in eating and having a gastronomic adventure of tapas in Malaga.