We’ve all heard of the presence in different cities of a neighbourhood called Soho.?Well, now Malaga also has its Soho!?

But have you ever wondered where the term “Soho” comes from? In fact it should be written SoHo, and has its origins in New York, specifically on South of Houston Street, abbreviated to SoHo.This area became one of the iconic parts of Manhattan, frequented by high society people worldwide, and tourists, of course. Soho districts are associated with having the world’s most expensive stores, major art galleries, and the caf?s and restaurants absurdly expensive.

Due to its popularity, London, for example, copied the idea and created their own Soho (between Westminster and West End). As well as hosting the leading brands in the retail industry, it is also identified for its nightlife and abundance of “sex shops “.

Other cities in the world which host a Soho include Hong Kong, Buenos Aires & Palermo to name a few. 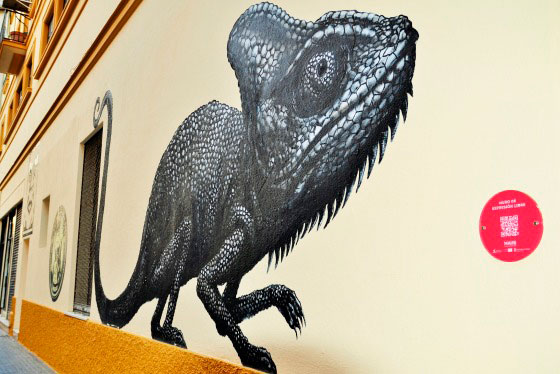 M?laga is not far behind

As a cosmopolitan city, Malaga now has its own Soho. It is known as the Barrio de las Artes and lies in between the port, Alameda Principal, Muelle Uno and the Guadalmedina river.

The area where it is located used to be a bourgeois residential area, but through years of neglect, it had become perhaps one of the ugliest parts of the city with very unkempt and dirty streets. In 2000 the residents decided to renovate the area to restore its former credibility, with its focal point being a cultural quarter based on art.

Many will say that the project still needs more work, but this year the changes have begun to show and the phrase “Soho Malaga” is starting to become popular with locals and tourists. Some side streets and buildings still need restoring, and the need to incorporate new commercial establishments is noticeable. For now though, Soho Malaga has important cultural atrtractions like the Contemporary Arts Centre (CAC), Municipal Archives and Alameda Theatre. Also notable is the presence of numerous hotels, hostels and “sex shops”. I’m sure Soho Malaga will gain more popularity and will soon be full of bars, ?posh? restaurants and trendy shops … and consequently house prices will rise absurdly there! 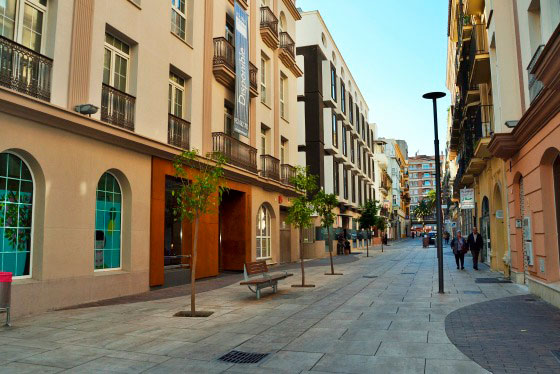 What to do in Soho?

My personal recommendation would be to start at the Contemporary Art Centre (it’s free and spectacular), followed by a visit to the Aplama Galleries and The Studio of Ignacio del Rio. To recharge, you can go for a coffee at Cafe Bar City 17 or Caf? La Rambla, and then continue on to Alameda Theatre to enjoy some live entertainment. Finish your day at one of the best sushi and mediterranean food restaurants in Malaga (in my opinion, of course), Oleo Restaurant.

You cannot miss the market in Soho Malaga. For a year, it has been held every Sunday from 10:00 on Calle Tomas Heredia (just opposite the CAC). There are artists who exhibit their work outdoors, as well as goldsmiths and small traders. The Red Cross is also there every Sunday to collect toys for less fortunate children.

This Christmas, from 6th to 8th December 2014, there will be celebrating the first Christmas Garage Market on Calle Casa de Campos, 9. In an old garage, handicrafts, vintage fashion and antiques will be on display, among other curiosities. A good alternative for the weekend.

Learn more about the Soho here 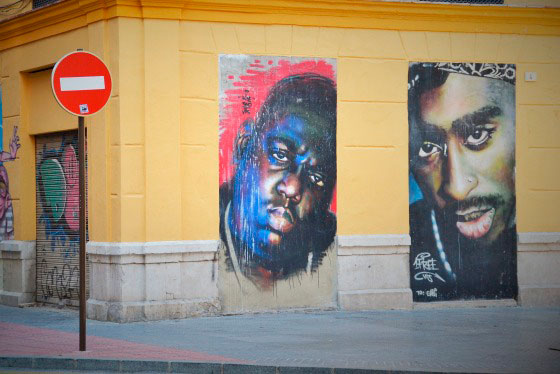