Right at the bottom of the Alcazaba (Arab fortress), lays the oldest monument of Malaga: the Roman amphitheater. The remains of this ancient building have survived the wear of time thanks to having been buried for over 5 centuries.

The rich cultural heritage of Malaga is larger than meets the eye. Phoenicians, Romans, Byzantines, Arabs and Christians have all left their mark in this cosmopolitan city by the sea. And even though its monuments might not be as spectacular as others in Rome, Istanbul, Granada or the Vatican, it is this richness and variety that make it unique. 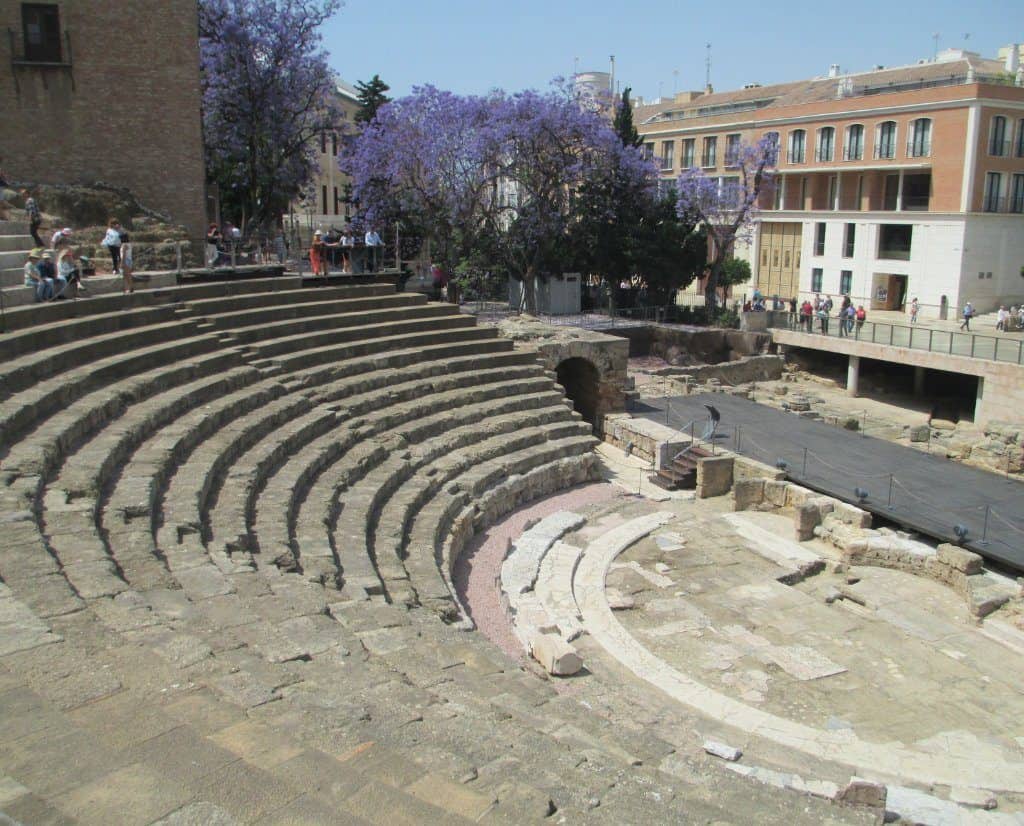 History of the building

The medium-sized theater dates back to the early V century b.C. The Roman amphitheater is in the heart of cultural triangle of Malaga, determined by the Picasso Museum, the Fine Arts Museum and the Alcazaba fortress.

It was constructed by taking advantage of the natural slope of the hill to be used as the cavea (seats) of the theater. The upper seating section no longer exists, but a few remaining steps indicate us of its existence. On the upper part of the theater, there would have been long fabric pieces, used as awning to protect from the elements.

The bottom part of the seating section – the one closest to the stage- called orchestra was reserved for the most influencing and important members of the society. The seats were made in marble and highly decorated. In front of them, a large rectangular and highly decorated stage was decorated with columns and wooden doors.

The Roman amphitheater was in use until approximately III century A.D., when the growing salting industry took over the area. Even today we can find near and in the Roman Amphitheater area many tanks used to make garum (fermented fish sauce). 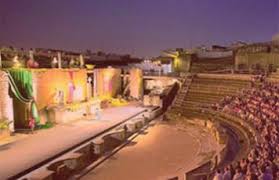 Starting 22:00 one can enjoy a magical evening of theater in a historical place with great acoustics and beautiful surroundings.

You can also enjoy during the summer months other more modern plays, flamenco shows and dance shows. The local government is adding projects to the list, in an effort to give more use to Roman historical buildings of Andalusia and bring them to life again.

Today, you can visit the Roman Amphitheater of Malaga from Tuesdays to Sundays. Enter the monument through the visitor center on the left hand side. Inside the center, you can see a few pieces retrieved and videos of the excavation itself. Then, you go on to enter the theater itself, through a wooden platform and see up close the ruins.

Entrance is free to both the visitor center and the amphitheater, from 10:00 to 18:00 opening days.