If you are not from Andalusia, then you may find the celebration of Semana Santa or ?Holy Week in Malaga somewhat peculiar.

For a whole week, huge and very heavy thrones with images of Virgins, or representations of Jesus Christ are paraded on the backs of hundreds of men, through the centre of the city.

We have prepared some interesting points about Semana Santa in Malaga to help you understand and enjoy this celebration during your holiday.

– The processions begins on Palm Sunday and ends on Easter Sunday; there are no processions on the Saturday before the last day. This is because they are awaiting the “resurrection”.

– The ?tronos? (thrones) can weigh in between 3200 kg and 4200 kg and must be loaded by the “?costaleros? (bearers) shoulders and carried for 6360 meters (approximately 8 hours). Some thrones require more than 250 men to be carried.

– ?Los nazarenos? accompanying each throne wear robes and tunics and a hood with conical tip (capirote) used to conceal the face of the wearer (looking similar to the Klu klux klan), and sometimes a cloak. The exact colours and forms of these robes depend on the particular procession. These?nazarenos?carry processional candles or rough-hewn wooden crosses, may walk the city streets barefoot, and, in some places may carry shackles and chains on their feet as penance. In some areas, sections of the participants wear dress freely inspired by the uniforms of the Spanish Legion?uniform.

– Because of these large candles, be careful when walking through the streets, as they will be covered with “wax” and it can be very slippery.

– Accompanying the thrones, will be women dressed in mourning outfits, with black veils. They are the women who mourn the death of Christ.

– During Semana Santa each parade consists of a brotherhood, the throne of the Virgin, the throne of Christ, “los costaleros, los nazarenos y promesas” (those accompanying the throne who make promises and penances).

– Each throne marches to the beat of “La Marcha” which is a song created with a specific melody to keep the continual pace. You can hear some examples of La Marcha?here.

– The ?Cofrad?as? (brotherhoods) are the religious groups that work together and prepare all year to carry the thrones during Easter. To be a member of the brotherhood, you must sign earlier on in the year and make financial contributions. Depending on the brotherhood and the waiting lists, you can request to take part in one of Semana Santa processions. 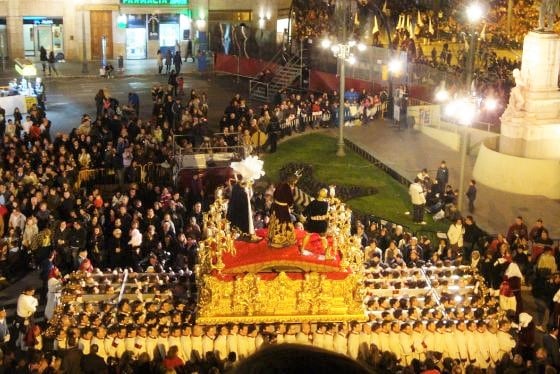 – It is common to hear a person singing “Saetas”; during the passage of a throne; usually people of gypsy origin, they sing from a balcony or from the street to the passage of the Virgin or Christ.

– The veil of the Virgins can measure between an astonishing 8 and 9 meters long.

– La Marcha de la Legi?n is one of the most impressive procession; The soldiers of the Spanish Legion march in time moving their arms and legs to ?Cristo de la Buena Muerte (Mena)? while singing his famous hymn ?Novio de la Muerte? (bridegroom of death). On Holy Thursday; in the morning the Legionnaires arrive by boat at Muelle Uno (Malaga Port) where hundreds of people gather to watch the spectacular show.

– It is important to know that during Semana Santa, moving around the historic centre can be complicated because all main streets are be blocked off for the processions. During the afternoon, it is impossible to access the centre by car or leave your car parked on the streets. Public transport is the best choice for getting around.

– It is normal to see the famous actor Antonio Banderas on the streets of Malaga during the processions. Each year, Antonio Banderas returns to his roots being part of Malaga’s Semana Santa and their brotherhood, as part of the Trono de la Virgen de L?grimas y Favores (depart Palm Sunday). He takes part in every aspect of this celebration and has previously been part of the costaleros, los nazarenos and a March director. 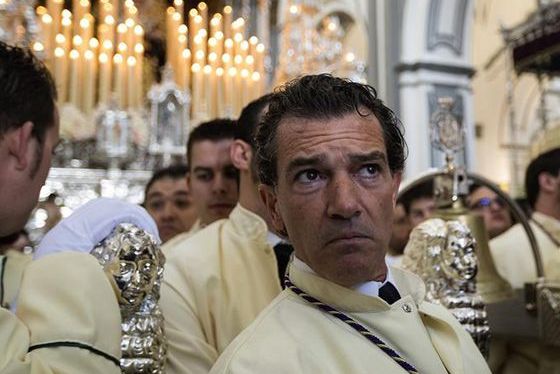 – Each year, there are people who pay up to 600 ? for box seats at la Tribuna Central, where all of the thrones pass. Applications must be made months earlier to the Agrupaci?n de Cofrad?as. You can buy re-sold individual chairs on the internet, from 70 Euros. Many people also rent people’s balconies for a high price, provided they have a good view of the procession. Everything is business!

– The commonly known name ?la Tribuna de los Ricos? is given to the chairs that people pay for in Plaza Constitucion and ?la Tribuna de Los Pobres?, is at the beginning of Calle Carreteria, where people stand and wait for hours to see the thrones pass.

– All the attractions in Malaga are open during Easter, you can also go to each of the headquarters of the brotherhoods to see the thrones from close range.

– There is a great festive atmosphere during Semana Santa, the centre is brimming with people, bars and restaurants are packed as families and friends meet up in the centre to have a good time. You must be prepared to see the historic centre full of people and music in the streets until late at night.

– The themed tapas bar La Taberna Cofrade Las Merchanas is a classic that you should not miss. Its decor is totally inspired by Semana Santa.

– Every year, the ?Cofrad?as? propose a prisoner to be absolved of his sentence and released. Prisoners of good conduct are usually chosen. Legend has it that in 1759, several prisoners requested permission to carry the throne but they caused a big scene and tried to escape, taking the throne with them. 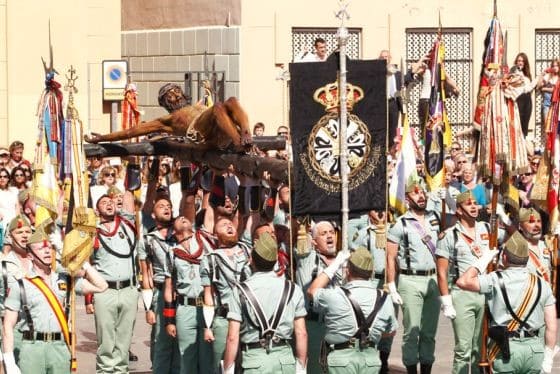 – Thursday and Friday are declared holidays (non-working) so they will be the busiest days.

– The itinerary for each day of Easter can be seen here or here.

There are many aspects of this particular celebration that are explainable; including the sensation felt by religious or non-religious people when they get goose -bumps while watching these beautiful and empowering figures being carried by hundreds of men. Here a video made by the Tourism Office that will show you a bit of what we just explained.

For all of these reasons and more we highly recommend you schedule your?holiday to Malaga during this celebration. It is a once in a lifetime experience!