This post could seems trivial at first sight; but believe me, as soon as you get caught by the “wave of El Melillero” you will recognize the importance of knowing this curious fact. Every day of summer in Malaga, at the same time, there are 4 or 5 big waves reaching the beaches, dragging with them all the unexpected and innocent people sunbathing around the seashore. It sounds like a big mystery at first, but the explanation is quite simple and it has become part of the “popular culture” of the Malague?os. 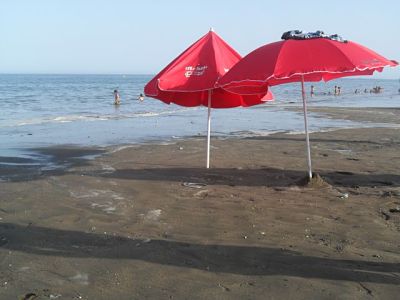 Every day of summer, around 19:00h, a big ship arrives to Malaga Port, located just in the city centre. This big ferry is called by everyone “El Melillero” and that is because it comes form Melilla (an autonomous city of Spain on the north coast of Morocco). It is used to transport passengers and cars from one city to another.

When the big ferry arrives to the quiet coast of Malaga creates a sea movement which is then converted in waves as soon as arrives to the beach. All the beaches around the city centre, like La Caleta, La Malagueta, San Andr?s, Huelin y La Misericordia will receive the 4 or 5 unexpected big waves, around 10 minutes after El Melillero pass by on its way to the port. 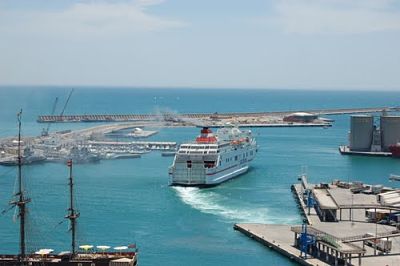 The funny part is when you already know about this and you see El Melillero coming; you will notice all children exited shouting “El Melillero, El Melillero, run, run” and running to the sea expecting the waves to play with them. Also the families and ladies sunbathing by the seashore, quickly picking up their towels and umbrellas. And the tourist that where not expecting it (adding the people who did’t read this post) to get caught by the wave while the rest of the beach observe them trying not to laugh (yes, it is quite funny to see the reaction by the unexpected waves, try it!)

This phenomenon has become a symbol of the summer in Malaga and you can find plenty of videos on Youtube from visitants typing “la ola del melillero” or “el melillero”. We like this one: https://www.youtube.com/watch?v=7DN10xOQdSU. Even in Twitter you can follow the famous ship “el Melillero Malaga” as @MelilleroMlg and see some photos.