The Marathon in Malaga city is held each year in December, and 2013 sees the fourth year of the race. The Marathon takes place along the beaches and through this beautiful city. Malaga is a city in progress and has in recent years improved in many ways. Today it is a modern city with lots of tourists. The city has, amongst other things, opened a new port and airport in 2011 and is building a Metro as well. In 2010, Malaga got its own marathon, officially called Maratón Cabberty Ciudad de Málaga. Here you can see the specified route around the city. 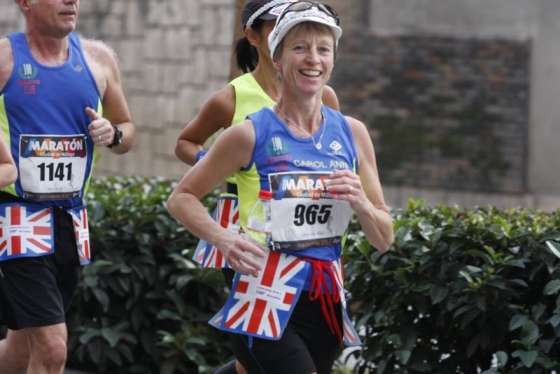 This year’s marathon takes place on the 8th December 2013, starting at 8.30am from the city’s beautiful port area Muelle Uno. The race takes you among other things to the beautiful Pedregalejo neighbourhood, through the downtown area taking in all the sights, past the Rosaleda Football Stadium and the Athletics Stadium, then running the last 7 kilometres to the port area Muelle Uno. December usually offers plenty of sunshine on the Costa del Sol and the weather is usually ideal for a marathon. If you wish to participate then you can sign up over here. The cost is 50 € if you sign up before the 8th November and after that the price is 65 €. The author of this post is participating in the race on the 8th December for the first time. It is only 42,195 metres! You can follow me on various social networks here: Endomondo Google+ Facebook Twitter See you in the streets of Malaga on the 8th December?

I started solaga.co.uk in 2008 and today we offer 70 holiday apartments on Costa del Sol. I have been living in malaga for 15 years and worked in the holiday rental business for 10 years. It has given me a huge knowledge and expertise and I will be more than happy to help you renting out your property. View all posts by Steffen Hansen