Pablo Ruiz Picasso, one of the greatest artists of the 20th century, was born in Malaga, Spain, and we visited his birthplace.?The Spanish painter, ceramist and sculptor Pablo Ruiz Picasso, best known as Pablo Picasso or just “Picasso”, gave his first steps in an apartment situated on the picturesque Plaza de la Merced, which nowadays houses a Museum honouring his life. When his parents Jos? Ruiz Blasco and Mar?a Picasso L?pez got married they decided to rent a new apartment on Plaza de la Merced, 36 (nowadays number 15), as they were getting ready to conceive their first child. There, on October 25th, 1881, Picasso was born and spent the first 10 years of his life, before moving to La Coruna with his parents.

In the Museum, numerous items recreate the private life and environment that surrounded Picasso’s family during the years they were living in Malaga. Interesting works done by the superb artist are of course on display, as well as works conceded by the Fundaci?n Picasso (directed by Christine and Bernard Ruiz-Picasso, the artist?s daughter-in-law and grandson).

Finding the museum is quite easy. Head onto Plaza de la Merced (where you can even see Picasso sitting down on a chair) and find building number 15, at the corner. The exhibition is divided into six halls. 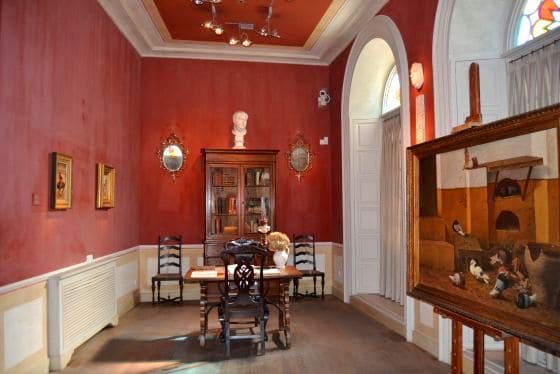 Hall 1, “The 19th century”, was their living room in the 19th century, and was the most important and best decorated room, where the family received visitors. It is decorated to make you feel that you are back in those times, commemorating the workshop that Jos? Ruiz Blasco had at home. You will see a well conserved antique desk with old books, antiques, paintings and an impressive sculpture made by Picasso of a Virgin called Dolorosa. Hall 2, “Picasso?s Parents” is a small room where you can see some of the couple?s personal items, such as a white vest belonging to Jose Ruiz and sheets with the initials MP (Maria Picasso) for her wedding. Also, you can see the key and keyhole of the original main door of the house. Hall 3, “Picasso?s Family”, recreated with some old family photos, depicts their personal life. Hall 4, “Picasso?s Malaga” shows old photos and papers from the Malaga of in the 19th century, reflecting a city in crisis. The phylloxera plague was affecting the traditional wine crops and therefore the local economy, causing the migration of Picasso’s family in 1891. And finally, halls 5 and 6, “Picasso and Malaga” and “Picasso and Spain” reflect the Spanish origins of the artist, exhibiting old photos of the city, books, some documents such as the original baptism entry or the admission test for the school, in his handwriting, to the front page from Malaga?s newspaper “SUR”, announcing his death on the 8th of April, 1973. 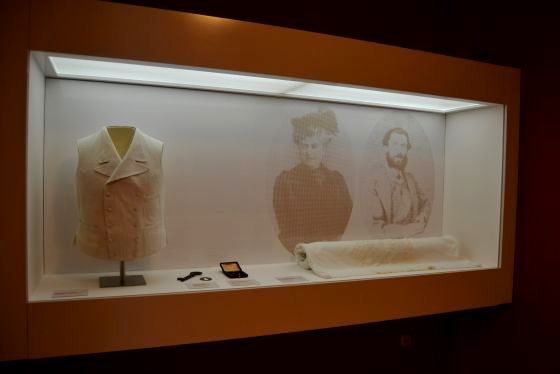 Before leaving, just next to the reception on the first floor, don?t miss an exhibition of 25 ceramics made by Picasso, all as brilliant as his painting. You have also the possibility to complete your visit in the Temporary Exhibition hall (just a few metres outside the building in number 13), with different exhibitions relevant to Picasso?s art and life in general, and of course some of his best works. Opening hours Every day, 9.30am to 8pm Entrance Fee Museo Casa Natal (Plaza de la Merced, 15): 2? Temporary Exhibition (?Sala de exposiciones? at Plaza de la Merced, 13): 2? Combined: 3? You can book online here Also you could follow them on Twitter and Facebook for more info.