It?s been many years in the planning, with a few economic problems along the way, but finally construction of Malaga?s new port area has been completed and offers a wonderful, modern leisure port dotted with restaurants, shops and bars. Muelle Uno, as the area is called, is now a reality.In recent years the city of Malaga had seen increased numbers of cruise ships and visitors and the city was in desperate need of a more modern port area, with better facilities. The project was some 20 years in the planning, but to the delight of the city residents, the inauguration of the new modern port took place last weekend.

Malaga can now boast a fantastic harbour area with a good selection of shops, restaurants and bars. It is expected that Muelle Uno will become one of the more sought-after spots to head to in Malaga, both for locals, tourists and of course cruise guests. 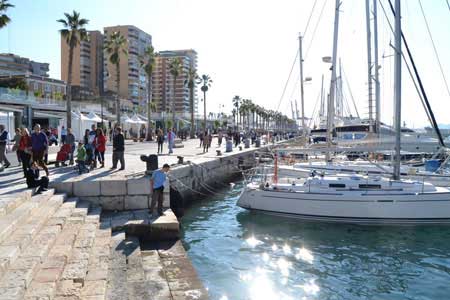 Stores such as Primor, Roberto Verino, Tommy Hilfiger, Adolfo Dom?nguez, Lacoste, Levi’s and Diesel can be found at Muelle Uno, plus restaurants, bars and even an ice rink and play area for the children.

The original inauguration, which was due to take place on the 29th November 2011 ended in a disaster, as the company behind Muelle Uno had not obtained the necessary licenses to open. With the outcome that Muelle Uno was actually closed the same day as it opened! However, it was just well the opening was delayed as many of the shops and restaurants were also not ready to launch; work was being completed right up to the very last minute!

Muelle Uno was finally inaugurated on Friday the 2nd December and with spring-like temperatures of around 20 degrees and plenty of sunshine, the launch was a huge success, with many visitors on the first day of opening. It was definitely worth the wait! 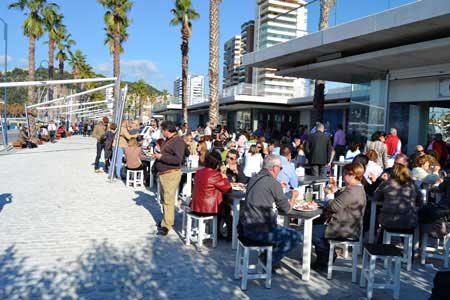 We can highly recommend a visit to the Muelle Uno. Once you have walked around the port and shops, stop off at Cerveceria La Surena. It?s the last restaurant on the pier. It offers a plate of shrimps and 5 cold beers in a bucket for the price of 9 ?. You can?t say fairer than that!

See our holiday rentals in Malaga