Let?s been honest, to mention holiday apartments in Malaga these days can be a rather contentious topic. Many tend to blame our industry for the Starbuckization and gentrification of our city, for driving up property prices and turning Malaga into a mere theme park.

And to an extent, we deserve part of that criticism.

In recent years, the ?Airbnb effect? has reached our southern coast. Our once-quiet Mediterranean town earned itself the nickname of ?Barcelona of the South?, with all the implications that come with it.? Sadly, our beautiful Atarazanas market appears to be slowly turning into the Ramblas? Boqueria market, visited daily by hordes of tourists looking for a quick selfie. But to be perfectly fair, the cruise ships are more to be blamed for the crowds than holiday homes residents. 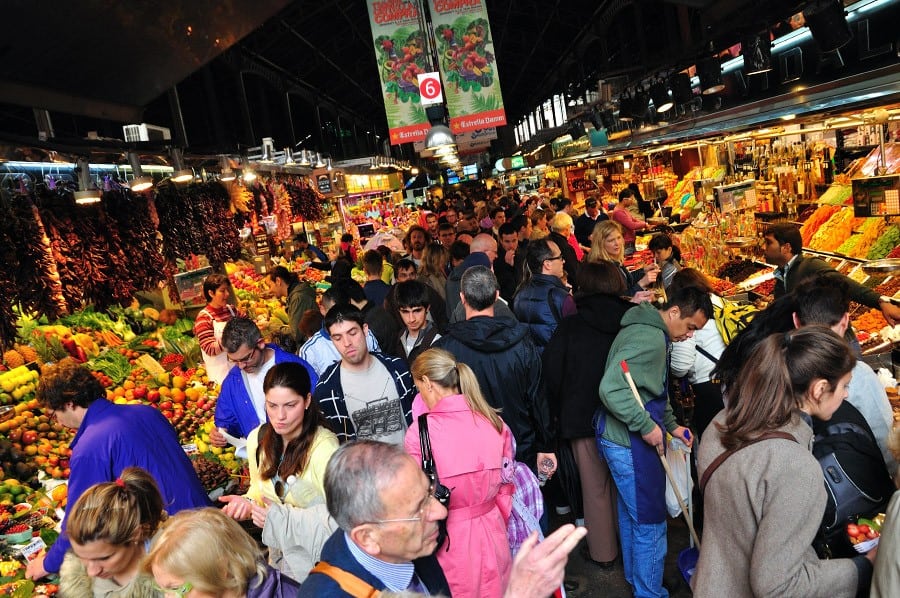 Having said that, the figures are chilling to the point that we are losing count of the number of legal and illegal short-term rentals apartments in the city. In order to remedy this situation, the Andalusian government put into place in May 2016 a long-awaited law. However, it was a case of ?too little too late?. The reality is that tourist inspectors seem to be totally overwhelmed by the flow of applications. It would appear that the number of registered beds for touristic apartments is now double the number of hotel beds available in the city!

Recently, in an article published by the local newspaper La Opini?n de M?laga, the Neighbors’ Association “Centro Antiguo de M?laga”?provided some rather alarming figures. According to a study carried out by?the independent platform InsideAirbnb, there are approximately 4,850 holiday apartments in the city representing 23,000 beds, that’s double what the official figures state! According to the platform, only 40% of those properties are actually legal.

This phenomenon is of course not restricted to Malaga. ?Ask the locals in Venice, or any other major cities how mass holiday rental tourism is changing the face of their cities.? Everyone wants to live like a local among the locals. Irony has it that by wanting to live with locals, one can end up chasing them out and the ?typical? quickly fades into a mere clich?.

Is it all bad news?
Of course not. In a region such as Andalusia which is crippled by unemployment, tourism represents the number one source of income. Spain now holds the number 2 position in the world in terms of the number of tourists we receive every year. Thanks to holiday rentals, neighborhoods that used to be close to abandoned are going through an amazing revival period and are becoming trendy (SoHo, Lagunillas etc). Who would have known that a red-light district in the port area could turn into a trendy Andalusian version of SoHo? The city is becoming a world reference for its museums and that?s of course not necessarily thanks to the locals but rather to the millions of tourists who walk through our streets every year. Hundreds of apartment blocks that were falling apart are turning into stunning buildings, the overall infrastructure and transport system is improving dramatically. The city is looking better than ever which is also a direct effect of our industry. Let us not forget that if it wasn?t for the benefits derived from renting out their properties, many homeowners would have never survived the devastating effects of the financial crisis.

But what can we do to improve?
First of all, we all have to carry out an exercise of retrospection to see what solutions we can offer to improve the situation. As the first company to specialize in holiday rentals in Malaga, now celebrating our 10-year anniversary, it is undeniable that we want our sector to keep on growing. But all of us who rely on this industry to live have a responsibility to ensure that we provide a sustainable and responsible source of tourism for the city. Individually, it is within our reach to make a difference in minimizing the impact that our guests have on the city and its residents. At SOLAGA, we make sure that our guests follow the rules of each apartment block they stay in. We spend a considerable amount of time during the check-in process going through house and city rules to ensure that the rental of the property does not disturb the local residents. In the immense majority of the time, the cohabitation is totally seamless. We recently installed in some of our apartments a sophisticated noise-detecting device that not only helps the environment by controlling climate control but also allows us to be aware of the noise levels of each accommodation in real time. In case the noise levels rise above normal levels, we are informed by a text message and we can act accordingly before it becomes a potential issue with neighbors.

Malaga?s mayor, Francisco de la Torre, recently proposed a municipal ordinance to set a moratorium, a standstill period during which no more licenses would be issued in the historic center, following the steps of cities like San Sebastian. The Basque city has already put into place numerous steps to limit the impact of holiday apartments by not allowing more than 350 square meters of holiday units within a same block of apartments. The city has also created control areas, namely A (?saturated zones?), B (?high demand zones?), and C (?zones open to development for touristic apartments?). The number of rental apartments per building in those areas is also limited by floor.

What is the position of the team at SOLAGA? As our CEO Steffen Hansen previously discussed in a meeting with the local newspaper Malaga Hoy, we are in complete alignment with our Mayor?s position. We consider the historical center to be a ?saturated area? and would welcome a temporary ban on further issuing of licenses. Thankfully, our city is not restricted to the historic district and many other neighborhoods could certainly benefit from receiving more visitors. That’s right, there is life outside of Calle Larios!

There are plenty of other solutions to be found by simply looking at examples of other cities around the globe, from restricting the number of rental apartments in overcrowded neighborhoods to adjusting the number of licenses issued proportionally to the number of inhabitants or set up tax schemes to either deter or incentivize holiday rentals in particular areas of the city.

The city of Malaga is of course centered on tourism but it has always been characterized by a great respect for the environment, the right for its neighbors to live in peace and the need to preserve the residential use of housing. The establishment of a municipal order that would build on the existing regional government?s decree to protect Malaga?s welfare is in our eyes a necessary condition for companies like ours to responsibly continue our activity for the well-being of Malague?os and tourists alike.

For the sake of comparison, imagine for a moment what would happen if all of a sudden there were no limits to the number of cruise ships allowed to moor in our port on a daily basis. Food for thought.