What is the Malaga Film Festival all about?

The Malaga Film Festival or Festival de Malaga Cine Espa?ol?(FMCE) was established in 1998 and its basic function was to promote Spanish cinema and help spread information about Spanish films. Each year its relevance and popularity within the film industry and media grows. It has become a much awaited tourist and cultural event of the year. But for many, – those who are not experts in the field)- it could be a little confusing as to what actually goes on and what the FMCE is really all about.

The official website for the FMCE does not have a lot of updated information, and the enquiry phone number doesn’t offer much more either (we’ve already tried!); Not to mention that the only information to be found is in Spanish. For that reason and because we know how confusing it is, here we will explain more about the FMCE; ?mere curiosities that will help you enjoy this fantastic event: 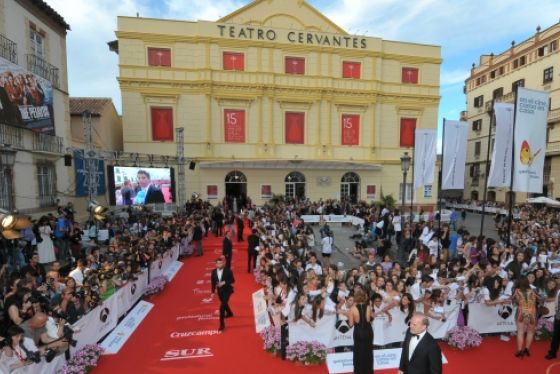 – This year (2016) the FMCE will be held from the 22nd of April to the 1st of May. During these nine days various screenings will take place in different locations in the city.

– As a requirement, none of the participant productions have been shown in the Spanish cinemas and all were produced from January of last year.

– English subtitles are not mandatory in the productions, however, most include them for greater international distribution.

– The largest prize awarded during the Festival called “Biznaga de Oro” for the best film; followed by the “Biznaga de Plata” are granted in each of the participating categories. Biznaga is a bouquet of jasmine, which is very typical of Malaga during the summer. Its strong sweet perfume?usually keeps mosquitoes away and it is quite typical to have several bouquets at home.

* Teatro Cervantes:?It is the official site of the Festival because it’s the place where the films of the Official Section are released and where press conferences are held with the famous red carpet.

* Teatro Echegaray: A space where documentaries can be seen.

* Cine Alb?niz: After the Teatro Cervantes, it?s the venue where Official competition films are shown as well as off competition.

* Museo Picasso: Where lectures and film-related classes are held.

* Hotel M?laga Palacio: The hotel where the celebrities stay during the Festival; reporters and onlookers can be seen waiting for hours just to get a glimpse of their favorite actors. 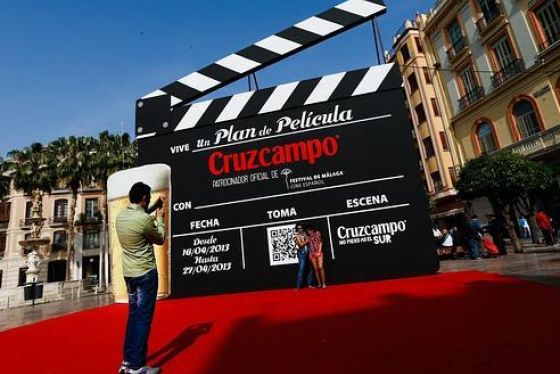 – Prior to Malaga Film Festival MAF (Malaga Festival) takes place. The MAF is almost a month of different activities in different locations of Malaga along the theme of “cinema”. There are all kinds of artistic activities: screenings, concerts, dances, micro – theaters, conferences, lectures, etc. Most activities are free. You can see the schedule for this year here.

– The official publication of the Festival is the magazine dFestival, you can download it here. One is published for each festival.

– Tickets to the screenings can be purchased at the box offices of the theaters and on the official website of the Festival from early April (or at least that?s what they promised us by phone); it is advisable to book in advance because many of them sell out quickly.