Whenever we see a national or international lottery reaching an almost absurdly large jackpot, we can only imagine what it would be like to win such an obscene amount of money. In the US, some jackpots have even surpassed 1.5 billion US dollars (£1.1b or €1.4b), not only once but twice!

But when it comes to the largest lotteries in the world, there is nothing bigger than Spain’s 207-year-old national Christmas lottery better known as “El Gordo” or the fat one. The very first El Gordo ceremony took place only five days before Spain ratified its Constitution in 1812. It has continued every year since then, even though the country’s civil war in the early 20th century.

The total jackpot distributed amongst the lucky winners can reach over 3.5 billion euros. Rather than catapulting one person into the billionaires club, they distribute prizes amongst thousands of winners who hold lucky tickets from all over the country. Each number, called a series consists of 5 digits. Then each series breaks down into 10 parts, each part called a decimo and each decimo costs about 20 euros.

Every year millions of Spaniards tune into the ceremony and watch two children pull wooden balls from two giant hoppers and literally sing the numbers out for the cameras and microphones. It is as much as a Christmas tradition as a Christmas tree or singing carols. One ball has the winning numbers; the other has the winning amounts the number won.

The ceremony is so big that almost every Spaniard can remember tuning into the radio on 22 December to hear the children sing the numbers out. All hoping an praying that the one ball matching their ticket is drawn, and if very lucky, it is paired with the largest prize known as EL GORDO. This one ball doles out 4 million euros to a number. So each decimo pays the holder 400,000 euros.

This is how it roughly breaks down for the top prizes:

There is no missing the jubilation when the big one wins ins a specific city. Champagne and celebrations follow. But even for modest prizes of 1.000 euros is met with almost the same level of enthusiasm. However, if you didn’t win the big one, check your ticket because if the last 2 digits of your ticket match the last 2 of ‘El Gordo’, you at least get a refund for the cost of your ticket.

Not only does Spain have the largest lottery in the world, but Spaniards play the lottery on a weekly basis more than any other country. It is safe to say that it is as much as part of Spanish culture as Paella or Flamenco will ever be.

One lottery played almost daily is called the ONCE which was started by the National Organisation of Blind Spaniards ( Organización Nacional de Ciegos Españoles (ONCE) ) This lottery is sold by blind and disabled persons as means of gainful employment and it is wildly popular. That money is, in turn, used for rehabilitation as the means for blind people to overcome the obstacles posed by this disability and to assist them to develop socially, professionally and personally. Self-reliance, educational services, job normalization, and universal accessibility are some of the elements that comprise the ONCE service structure.

Whether it is the Christmas lottery, Once, or Euromillions, you would be hard-pressed to find a Spaniard who doesn’t play at least one. If you come down to Malaga for a short break before Christmas, pick up your ticket and join us in the big draw! 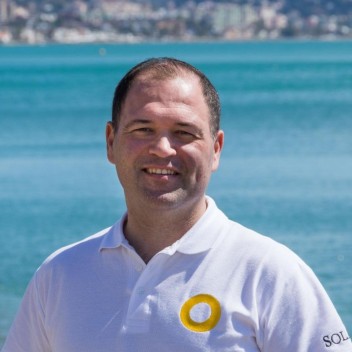 View all posts by Galen Cundiff