Located in an old Wholesalers’ Market, the Contemporary Art Center of Malaga (CAC Malaga) opened its doors in 2003.?Holding a large number of contemporary artistic pieces, CAC Malaga was created with the aim of finding a space for the latest trends and forms of expressions of contemporary art.The museum?s permanent collection has been increasing over the years, exploring the different artistic movements and trends that characterize the 20th and 21st centuries. Art pieces from the 1950s to the present, including pieces by internationally famous artists like Louise Bourgeois, Olafur Eliasson, Thomas Hirschhorn, Damian Hirst, Julian Opie, Thomas Ruff and Thomas Struth; as well as local artists like Victoria Civera, Juan Mu?oz, Jos? Mar?a Sicilia, Miquel Barcel?, Santiago Sierra and Juan Usl?.

“Pasion II” is the name of one of the collections. It includes a collection from Carmen Riera, with 29 different artists, from the end of the 20th century until now, who decided to experiment and explore new techniques and materials like vinyl, polyester, LED light or encaustic. Most of them had never been introduced before in the art world. 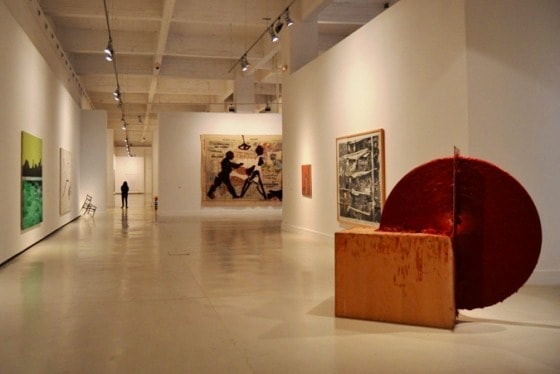 It is visible how, using their modern art as a tool, the artists start expressing the social concerns of these times, such as globalization, violence, ethics or the economic crisis. It features artists like Andy Warhol, Anish Kapoor, Jean-Michel Basquiat, Cristina Iglesias, Louise Bourgeois, Sylvie Fleury, Matthew Ritchie, Kimsooja, Eve Sussman, Michel Fran?ois and Rong Rong. Some of them are exhibiting their pieces for the first time.

Another permanent collection is “Neighbours”, which engages diverse expressions of art like photography, painting, drawing or sculpture, represented in 33 pieces regarding “proximity” as a subject. All these artists have different messages and diverse points of view about life, but with one thing in common: the desire to express themselves through art. 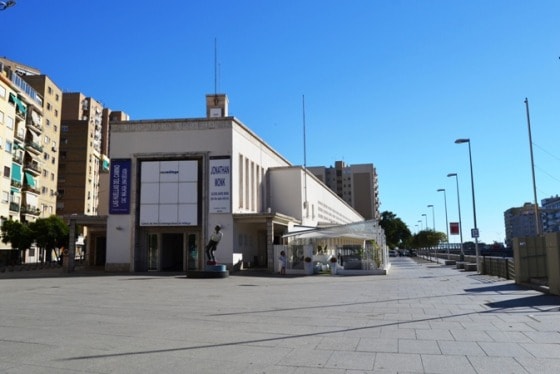 Until the 26th January 2014, CAC will be presenting an exhibition with the aim of paying a tribute to ten years of work, called “Las Huellas del Camino” (translated as Footprints of the Road). The museum has made a selection of works of the most influential national and international contemporary artists who have exhibited at CAC Malaga and some of its most significant artistic works. The whole collection is definitely worth a visit.

To complete your visit, we highly recommend you stop off at the caf?-restaurant located just outside the Museum (in the same building). It is called ?leo, and if you are a sushi and Mediterranean food lover, this place will blow your mind. We will definitely dedicate a full post to it soon.