It’s official: Santa Claus is coming to town and the city is getting ready for his festive visit.

Let’s admit it, what’s more enjoyable than a city break to discover traditional and magical Christmas markets, hand in hand with your beloved or with your family? And if it’s Malaga, it is twice the fun for the spirit of Christmas when it imbues every corner of our narrow streets. Amazingly decorated trees, wickerwork figures, thousands of poinsettas and spectacular nativity scenes throughout the city make a visit to our city an unforgetable experience.

Over the last few years, the city of Malaga’s Christmas decorations draw thousands of locals and tourists alike, and now competes with the most renowned destinations in the world.

Cordoba-based decorative lighting company, Iluminaciones Ximénez, is once again in charge of bringing electrical magic to the city this year. Francisco Jiménez who funded the family business back in 1945 started off humbly by illuminating the streets of his village during the Christmas period; over the years, the company has become a reference of quality and now brings light to major cities in the world.

This year, the ligths will be switched on on Friday 29th November at 7pm, coinciding with the Black Friday shopping frenzy. Tens of thousands of light beams will be handed out to spectators who can catch the first light and sound show followed by a concert in the Plaza de la Constitución.

Light and music shows will take place daily at 6:30pm, 8pm and 9:30pm to the tunes of All I Want for Christmas by Mariah Carey, Jingle Bell Rock by Hilary Duff, En Navidad by David Bustamante, Rosana and the Operación Triunfo crew, and Never Back Down by Sofia Session Orchestra and Choir.

The usual light tunnel structure that has been used over the last few years has been sold to the city of Liverpool, UK. This year, the new structure will be called “The Christmas Forest” (El Bosque de Navidad). The new structure is made up of 22 humongous arches , costing the city close to 550.000€. In total, the city of Malaga will spend this year over 800.000€ in Christmas lighting which you will be able to enjoy in nearly 90 streets.

Aside from Calle Larios which remains the focal point of the seasonal light display, some 2 million LED bulbs with light up Malaga this Christmas, along with 4 giant trees: one by Plaza de la Marina, one on Plaza de la Constitución, one on Plaza del Obispo (across from the Cathedral) and one in Calle Alcazabilla right in front of the Roman Theatre.

The light and music show will go on up to the day before the Three Kings (6th January 2020), which represents the highlight of the Christmas season in Spain. Last year, the show brought some 80.000 people on a daily basis, over one million visitors for the last two weeks of December and first week of January. Don’t miss on the fun and join us by staying in one of our wonderland holiday apartments! 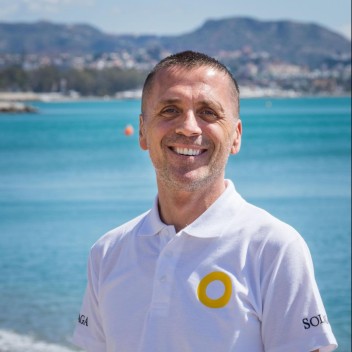