Spain never ceases to amaze me. And it looks like I may not be the only one to feel that way.

According to the World Tourism Organization, Spain is set to replace the United States as the world?s second most popular destination in terms of tourism, with 82 million visitors per annum.

Just last week, TripAdvisor released its annual List of Top Destinations on the Rise in the World and much to our delight, Nerja made it to the Top 10! Our sister city even came in 4th position on the list of European emerging destinations!

So what?s all the hype about Nerja?

This rather difficult-to-pronounce name for non-Spanish speakers was once a sleepy fishing village, but somehow it has managed over the years to keep its traditional charm, with its whitewashed houses and narrow streets. ?The abundance of water in the area gives Nerja a tropical feel that will daze you, with a wonderful microclimate that supplies a variety of exotical fruits that one would not expect in this part of the world (mango, avocados, cherimoyas etc)

But talking about the many attributes of Nerja deserves another blog entry altogether! For now, let?s concentrate on one of nature?s most unbelievable gift: the magnificent Caves of Nerja, also known as the “Cathedral of the Costa del Sol”

In January 1959, five young boys from the village of Maro discovered the caves while hunting for bats in an area known locally as ?La Mina?. While pursuing the bats, they came upon a narrow opening and inadvertently stumbled on a sinkhole that would turn out to be one of the?most important geological finds of our era.

What they discovered was nothing short of spectacular.? Once inside the pothole, they found themselves able to descend to a huge cavern (known as the “Sala de la Cascada or Sala de Ballet” used today for concerts) where they discovered the most amazing archeological formations but also human skeletons. Their first reaction was that those skeletons belonged to people who had previously found the cavern so they decided to backtrack.? Little did they know that the skeletons had been there for some 5,000 years when the caves were used as dwellings. They went back a few days later with their teachers who witnessed themselves their incredible discovery.

A few months later, a local photographer by the name of Jos? Pardial?immortalized the legendary caves by taking photos. Those pictures were first published in the local newspaper Diario SUR but quickly went around the globe.

A few facts about the Caves

The Caves have been hosting the annual ?Festival de M?sica y Danza? since they opened to the public in 1960 attracting many international stars including Rostropovich, Sir Yehudi Menuhin, Maya Pilsetkaya, Montserrat Caball?, Paco de Luc?a, Bebo Vald?s and Jos? Carreras.? Enjoy part of a concert?here

Imagine yourself for a moment listening to a concert?in a huge chamber which forms a natural amphitheater with incredible acoustic, surrounded by?250 million years of history, a place that has been a cradle of human evolution, full of incredible formations emanating from the floor and ceiling.? This is a lifetime experience that you can’t miss out on!

There are 3 galleries ? the show gallery, the upper gallery, and the new gallery ? with each gallery containing a number of halls. The upper gallery and new gallery contain many of the prehistoric cave paintings, but tourist access to these areas is limited to special groups due to its complex location and to avoid damaging the existing artifacts. 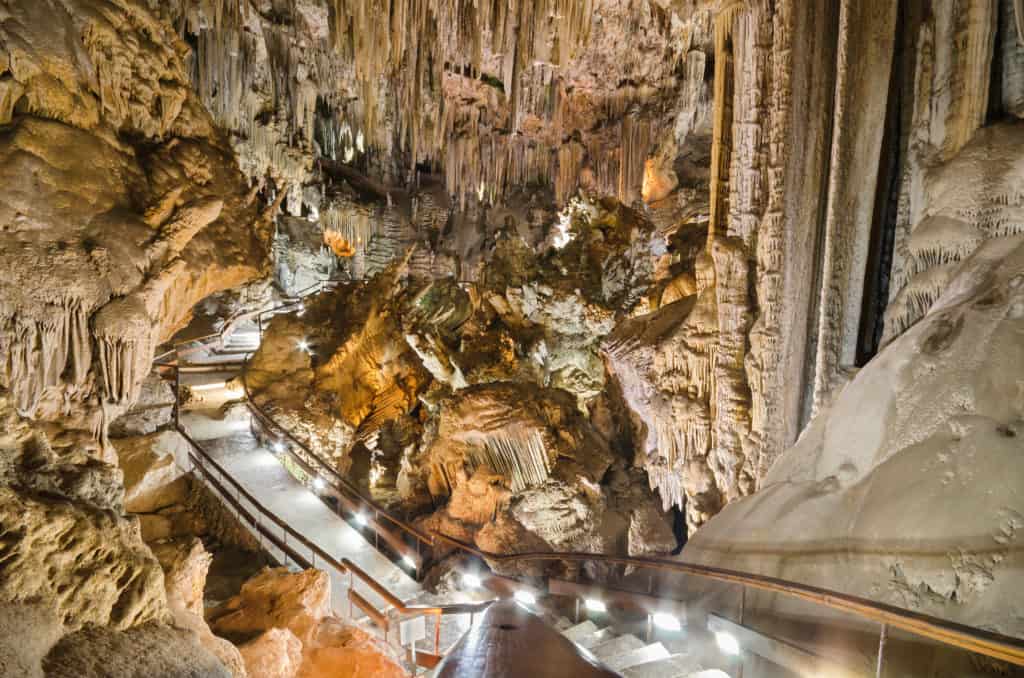 Contact us for more information about your 2018 holidays in Malaga!