The Carmen Thyssen Museum in Malaga is a treasure for art lovers, hidden in between the colourful passages of the historical city centre. The museum displays a permanent collection that focuses on nineteenth century Spanish art. It is the personal collection of Carmen Cervera, best known as Carmen Thyssen, third wife of Baron Hans Heinrich Thyssen-Bornemisza, art collector, Spanish philanthropist and a social icon in Spain.

The museum opened its doors in March 2011 in a sixteenth century palace, rebuilt expressly to hold the Thyssen collections. Three rooms display the permanent collections and two the temporary collections. 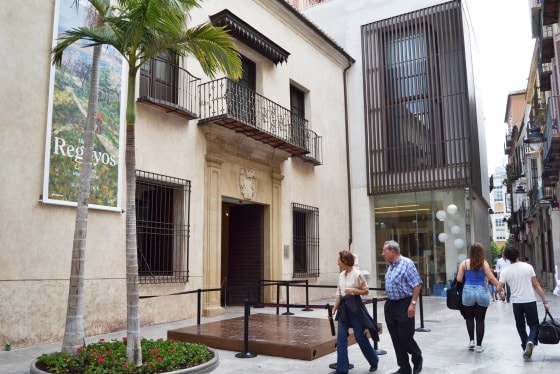 The permanent collection shows a rich history of the genres from nineteenth century Spanish painting, with Andalusia as a protagonist. Paintings by the artists Dom?nguez B?cquer and Manuel Cabral Aguado Bejarano show us a complete idea of the Andalusian culture of that century; meeting in the streets, cultural festivities, flamenco dancers and some important landmarks from Seville, Malaga or Cordoba. Romantic landscapes by Genaro P?rez Villaamil and Manuel Barr?n, passing through Romanticism to Realism. The works of artists like Dar?o de Regoyos, Francisco Iturrino, Joaqu?n Sorolla, Hermen Anglada and Ignacio Zuloaga also show us how Spanish art opens its doors to influences from international art.

There is an area that focuses on Dar?o de Regoyos? paintings, history and his contribution to Spanish modern painting.

Just before you leave, take your time in the museum shop, which has some unusual items for adults and children. 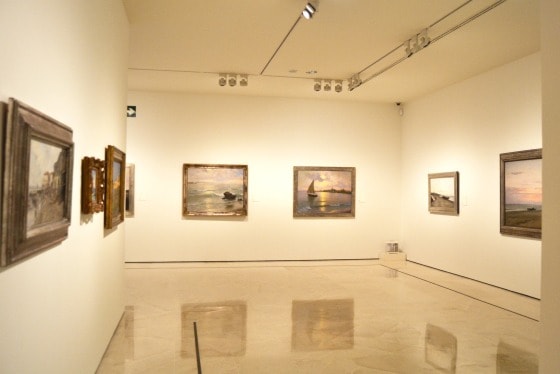 Some of the masterpieces you will find at the Thyssen Museum are:

You can get a preview of the visit with this virtual tour on the museum site. However, a personal visit is a “must” for art lovers.

Tuesdays to Sundays, 10am to 8pm 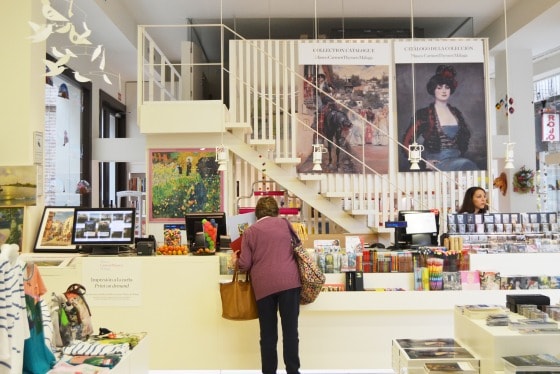